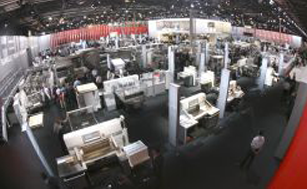 This sectioning and the new product ideas, as well as POLAR's entire appearance at the fair were well-received by clients and potential customers. It has also resulted in a high number of new orders. The expected sales already show a significant increase compared to 2004 and thus almost reaches the historical result from 2000.

Michael Neugart, Managing Director of POLAR, comments: "The highly qualified and very international visitors have confirmed our estimations and turned the drupa 2008 into a systems fair. Our focus on automation and solutions for customer-specific demands has definitely been worthwhile. For POLAR this has been one of the most successful fairs ever. The large number of contacts we have established at the fair are particular important and now need to be translated into business relationships. Contacts like these are a decisive factor especially in uncertain economic times like today."